What you need to know about cut-resistant gloves

Soft Touch believes there is at least one suitable glove for any task, to protect from hazards and make the work easier and more comfortable. But with so many models to choose from, selecting the right glove may seem like a difficult thing. We will provide some guidance for cut-resistant gloves by answering some of the questions you may have when choosing gloves. 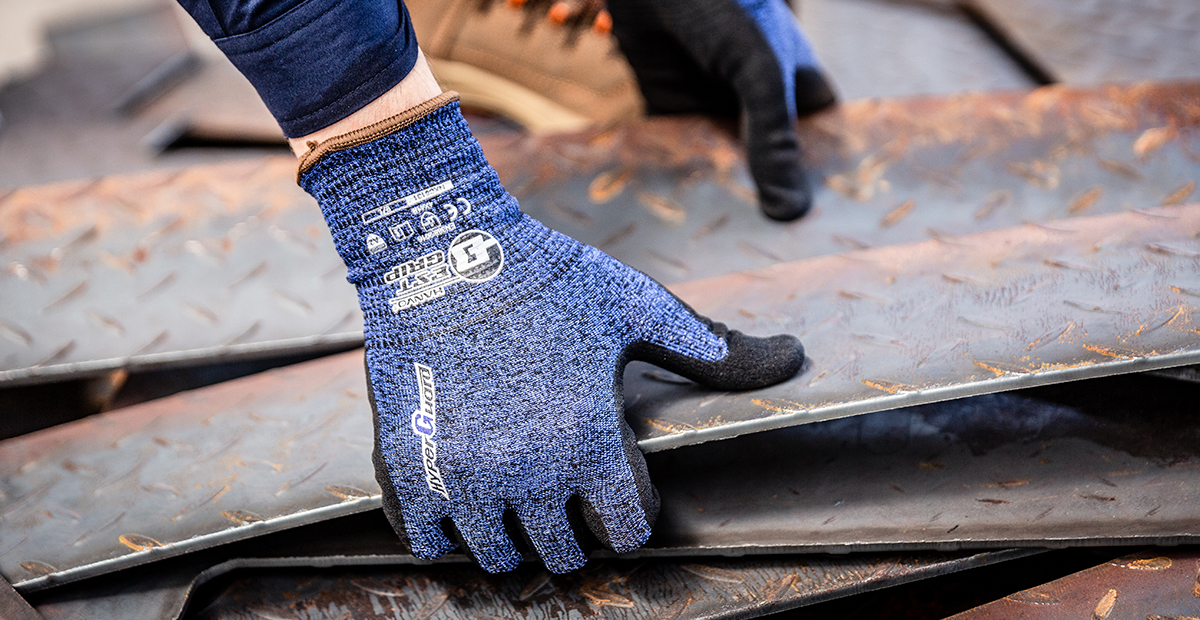 Did you know that on average, there are about 3 500 hand injuries annually? The injuries are caused by sharp objects, according to a report by the Swedish work environment authority in 2017, which means for every working day roughly 14 hand cut injuries occur that require medical attention (source). There are many ways to reduce this number, and one way is by simply wearing a pair of cut resistant gloves. If your job involves sharp objects, you should consider getting a good pair of cut resistant gloves. Better safe than sorry. 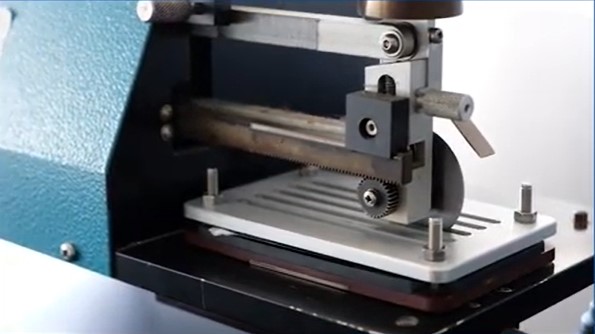 The glove is exposed to a circular cutting blade at a constant velocity and pressure. The number of cutting cycle are counted until the glove has been cut through, the more cycle the glove can withstand, the higher the rating which is defined with index values from the lowest level 1 to the highest level 5. 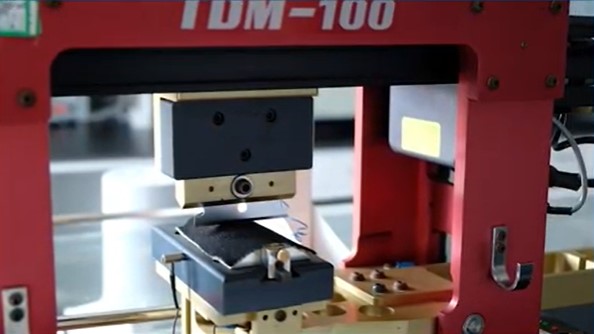 2016 a new test was introduced that better represents real-world situations. Here, the glove is exposed to a straight blade and cut in a straight motion under variable pressure. After each cut, the blade will be replaced for a new one with an increased force. The higher the force needed to cut through the glove, the higher the rating which is defined from the lowest level A to the highest level; F.

The American ANSI105 standard only have one test to define cut protection compared to EN388. The ANSI testing method is also referred to as the Tomodynamometer (TDM) test. The testing method is actually the same as the EN388 cut resistance ISO13977 test but the force is measured in grams instead of Newtons. The cut resistant level is stated from A1 to A9, A1 is the lowest level of cut protection, whereas A9 is the highest. The ANSI105 and EN388 ISO13997 can be compared to each other.

3. Which cut protection level do you need?

Cut protection needs varies depending on the job you do. Some jobs expose the worker to less risk or less sharp edges, whereas at others the risk might be considerably higher. The company safety officer will have access to the company risk assessment which will provide the answers you seek. In some jobs you may have to make your own risk assessment in which cut protection needs would be one of the items investigated.

For jobs with light risk for cuts such as warehouse and light assembly, a cut level A or B would normally be sufficient.

For jobs with medium risk such as automotive, construction and oil and gas, a cut level C or D would normally be enough, but all depending on individual cases.

High risk jobs in the heavy industry such as metal and glass fabrication, paper production or recycling the recommendation is usually cut level E or F.

Note that the chart below as well as any recommendations are guides only. Your safety officer at work should be able to help you with a proper risk assessment. You can of course consult your local glove retailer or even the glove manufacturer. 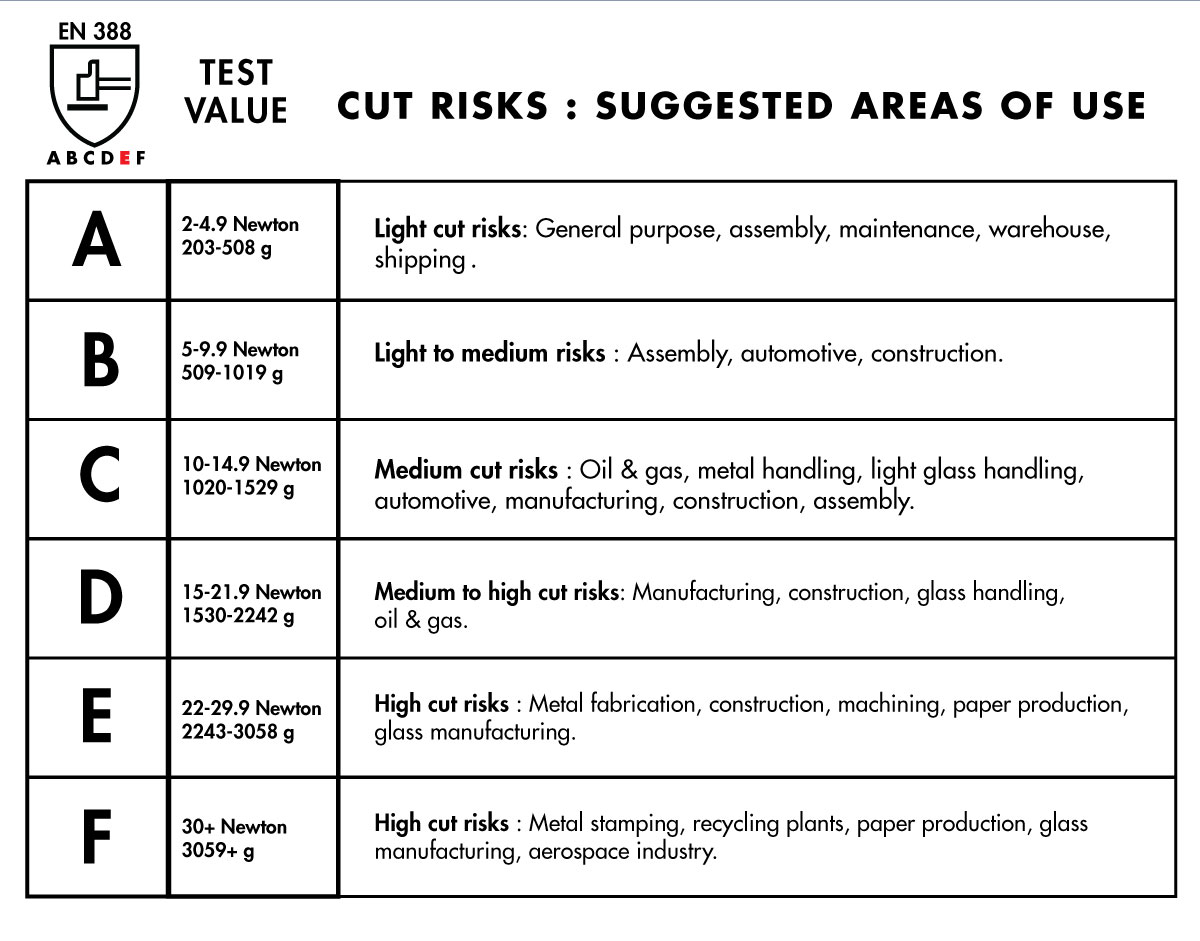 4. Test results are not always applicable in the real world

Different jobs and the persons performing them are highly individual and some will probably notice that it is sometimes almost impossible to directly compare the tests to real world situations. Metal shavings can be sharp and dangerous, just as thin metal wires, but none of the tests in the standards simulate this situation in a reliable way. That is why you should always remember that the test protection levels is just a general guideline.

When choosing gloves, don’t just look at the rating although it may give you a general idea. Always look at the whole picture and compare it to your own real-life situations, where features like added dexterity, enhanced grip, oil and water resistance, may play equally important roles in keeping you safe at work.

Do a test run first with a small batch of gloves. After evaluation it is much easier to decide if the choice was right before buying in larger volumes. Remember, a glove with the highest level of cut resistance, won’t necessarily be the glove, that is best for you, or the job you are doing. Invest the time and effort into getting the right glove, it will certainly be worth it in the long run.

5. More for your money, wash your gloves

Are you about to throw away your worn and dirty gloves? Think again! Extending the lifespan of your gloves will not only save you money, but will also not compromise your safety, since the cut resistant performance of your gloves will be retained. It is quite common for factories to get 3-4 laundering cycles out of their cut-resistant gloves.

However, for overall durability, also look at abrasion test results, and most important of all, run glove trials to determine the true performance and life of a glove.

You have only 1 pair of hands, and we want you to keep them unharmed.

For inquiries and questions